Berlin is no stranger to art.

From the ever-growing street art scene to the more traditional art enclaves, Germany’s capital is one of the best places in Europe to go to become immersed in the creative – and unique – art scene.

It’s hard to miss art in Berlin – it can be found pretty much everywhere.

The key to planning an art-focused trip to Berlin is to know where to look for the ultimate art-lover experience. 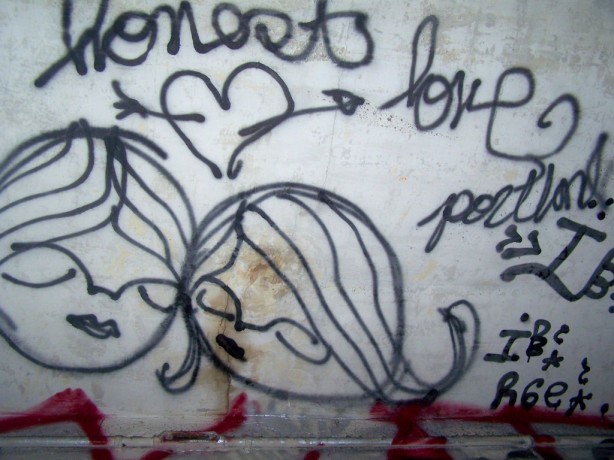 It’s no secret I love Berlin. This is the second post I’ve done that features Underground Berlin, and with good reason: there is just so much awesome to be shared. Even if I had a terrible couchsurfing experience, the city wrapped its way around my heart.

The art scene in Berlin fascinates me. From the graffiti to the sculptures to the colorful buildings adorned with twisted takes on pop culture, there is art everywhere. 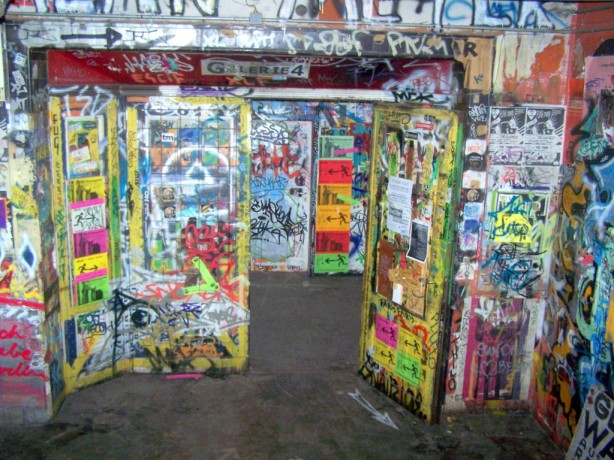 Kunsthaus Tacheles, an old department store turned artist enclave in the Mitte neighborhood of Berlin, features both a colorful interior and exterior, along with artist studios. 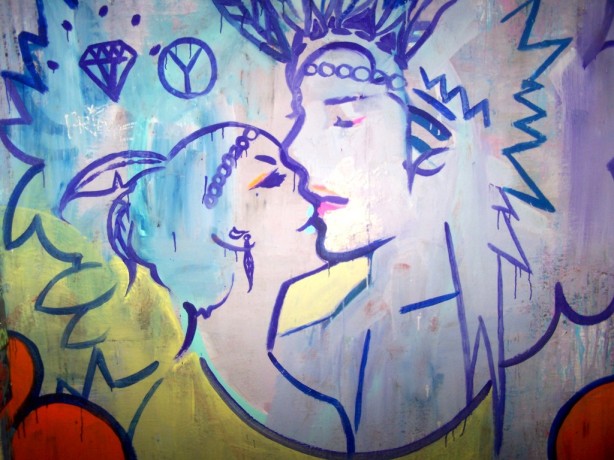 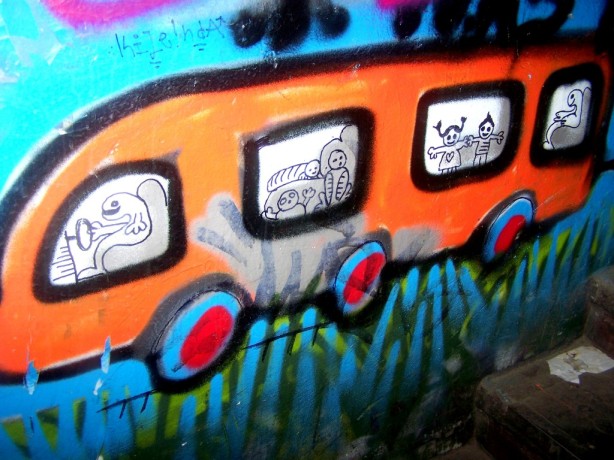 Even outside of the giant building, there is art to be explored. 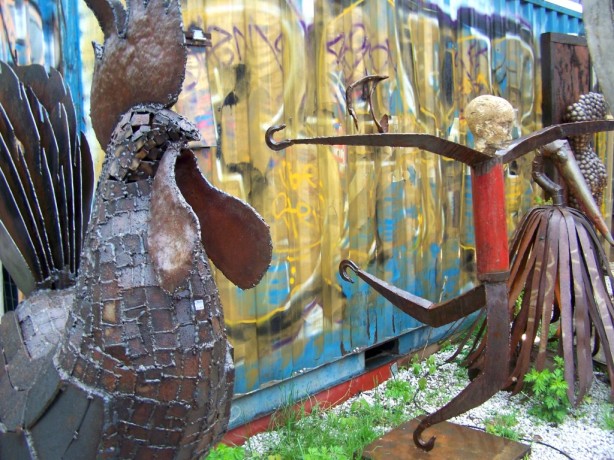 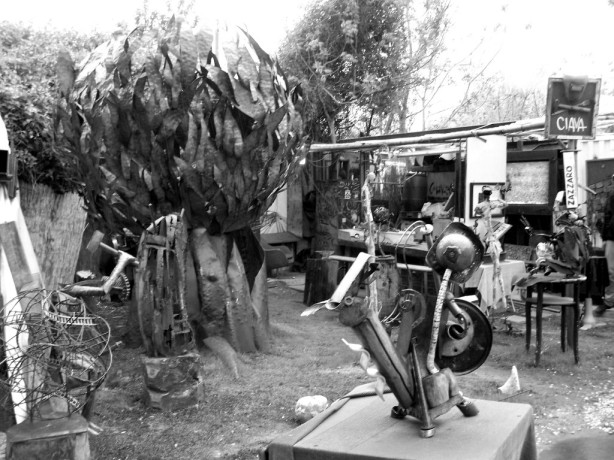 But, the art goes beyond Mitte and into every facet of this dynamic city. Neighborhoods all over town echo the culture of the past and present day together. 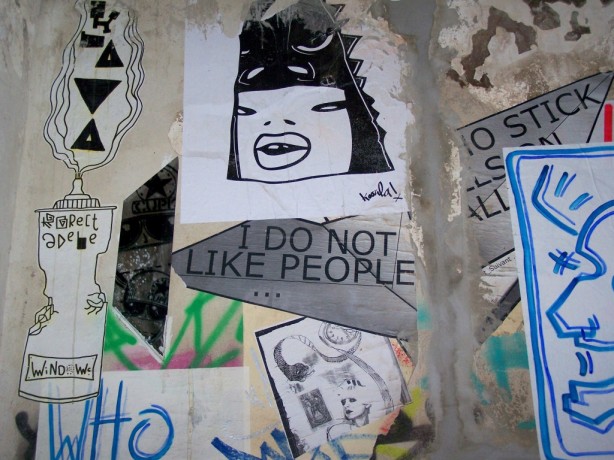 This is one of my favorites … this work is found in the area where Hitler committed suicide.

Even Knut, the infamous polar bear who captured everyone’s hearts when he was a baby, is included in the telling of stories. This piece shows how he went from adorable baby to bear. Sadly, the beloved animal passed away recently.

Artists took over an entire building in one area, painting murals of people from all over the world. I love the whimsical look of this painting. 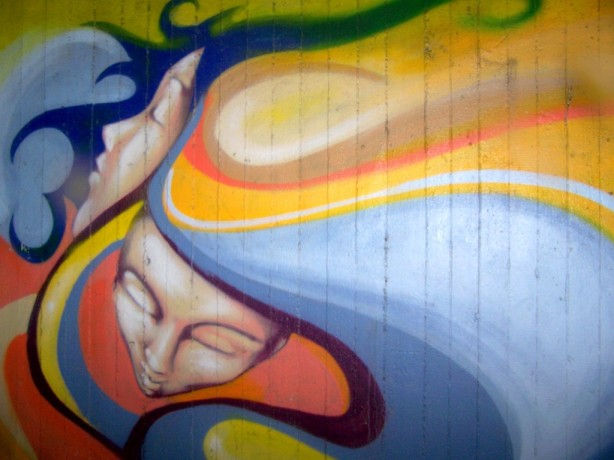 Even the buildings tell stories … 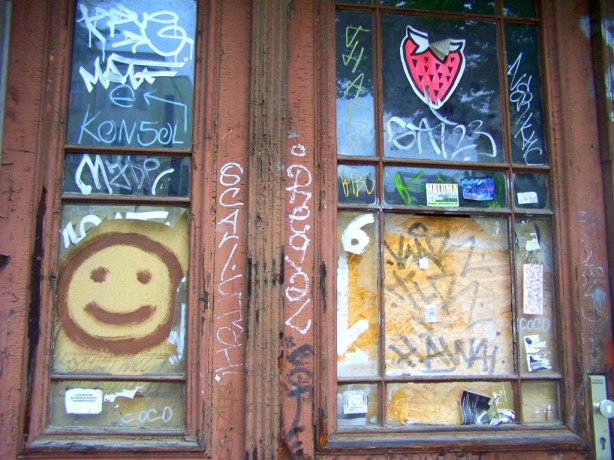 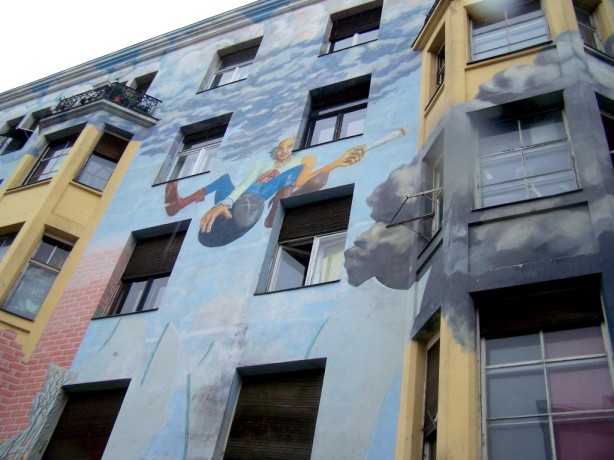 The gorgeous art in Berlin goes beyond the paintings though and into structures, too. One of my favorites place when I travel to Berlin is the Holocaust Memorial, which actually has a chemical on it that makes it impossible for would-be graffiti artists to tag these larger than life pillars.

I also love this building, with this half-bust hanging over the entry.

And, who doesn’t love these little guys? They may not be considered art, but to this girl, they are!

Where have you been with amazing art?

Prague, considered one of the most beautiful cities in the world, is a smorgasbord of style ranging from renaissance to gothic to baroque, contemporary and more.

It’s easy to spend days just wandering the city, taking in the hundreds of churches with spires that pierce the skyline, the colorful buildings on quaint tree-lined streets, the parks set against historic and modern backdrops at the same time. There are plenty of things to do in Prague, that’s for sure.

The colorful old buildings of Prague.

As it has emerged as a hot spot on the tourist path, the city, which has always been seeped in culture, has taken on an identity as an art attraction. Museums throughout pay homage to a wide-range of works of art, including the Museum of Decorative Arts, The National Gallery, Old Town Hall and Prague Art Gallery, The Fine Arts Museum and more.

But, for those on a budget, simply walking out the door of a hotel or hostel can result in an artistic experience in the pulsing capital of the Czech Republic. Street art and installments are stumbled upon while engrossed in an entirely different exploration in the whimsical Bohemian city.

It’s these little gems that add a certain charm to a city that has already captured the world’s heart.

Couples in love make the pilgrimage to this bridge with padlock and sharpie in tow.

Believed to signify the eternal love of a couple, starry-eyed romantics affix their own padlock with their names inscribed on the metal up and down this pedestrian bridge that crosses over the Vlatva River.

Supposedly, clicking the lock on to this bridge (and other similar Love Lock Bridges in Europe) means good luck in a relationship.

With a view of the charming old neighborhoods, the bridge isn’t just an ode to romance, it’s romantic! 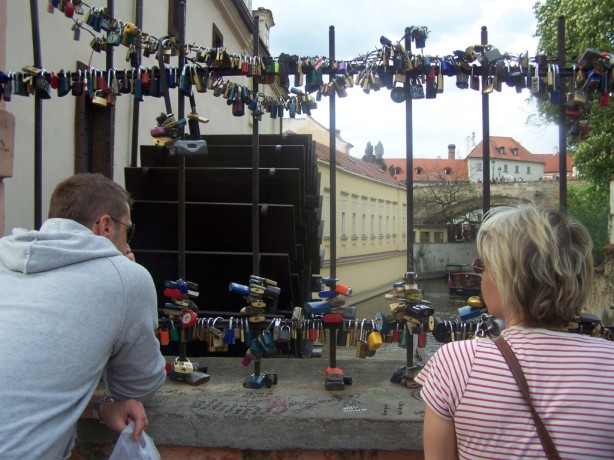 A quick walk from Love Lock Bridge is the John Lennon Wall, a colorful outcropping of graffiti on one long wall in Velkopřevorské náměstí (Grand Priory Square), Malá Strana.

It used to be a normal wall, but then in the late 1980s, when the country was under the communist regime of Gustáv Husák, younger residents began to show their disapproval in the form of writing on this wall. This led to fighting between students and police on the famed Charles Bridge.

The students were described as following “Lennonism,” hence a large amount of graffiti dedicated to the namesake of the movement, John Lennon.

You won’t see the same wall twice. Visitors and locals regularly add their own piece of history to the wall, from Lennon quotes designed to inspire peace and love to their own portraits of Lennon to works of art and everything in between. 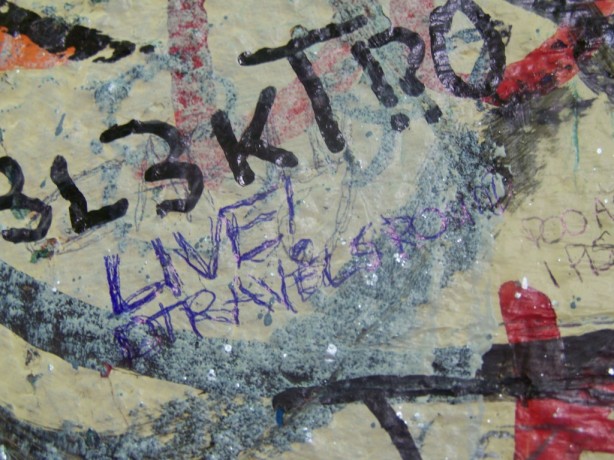 For those artistically inclined (and even those who aren’t), grab some paint and leave your own mark on this historic wall. (I only had a pen, but you get the point!) 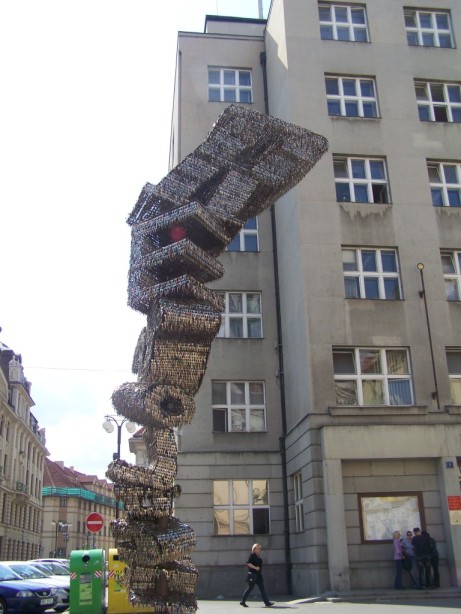 Standing at a towering 6 meters high in Franz Kafka Square, it spells out “Revoluce” (“Revolution” in English) with more than 85,000 keys. 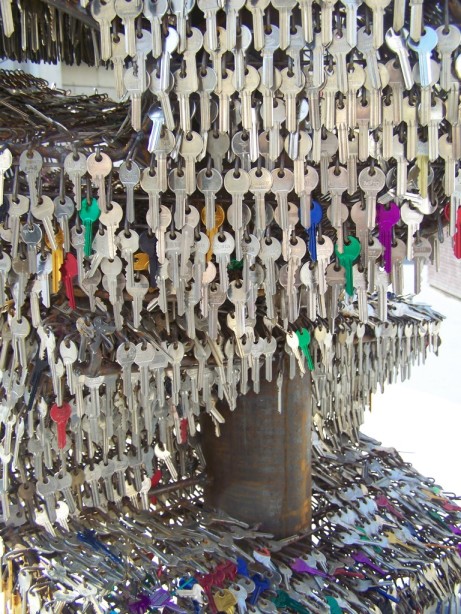 David’s work signifies the non-violent Velvet Revolution which used keys as its symbol. The revolution, which took place from November 17 to December 29, 1989, was a largely student-led protest against Communism. 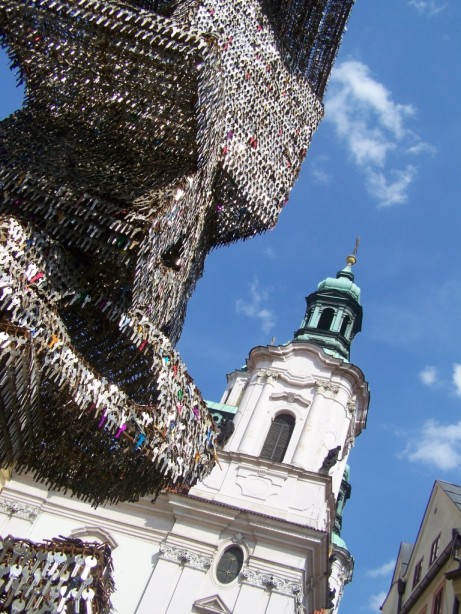 Have you been to any of these places? Are there other free art attractions you recommend for Prague? Leave your comments below!