There are few places which resonate with me more than memorials to those who have been killed due to simply being who they are. In my travels, I’ve always sought out places like this to pay my respects for the atrocities the human race has befallen onto others. In Rwanda, I visited the Kigali Memorial Centre. In Bosnia, I spent time exploring the skeleton of a bank where snipers had taken the lives of people in Mostar. And of course, there was Auschwitz.

In Berlin, the Holocaust Memorial  was on my list. Stark columns fill nearly three acres of city space to honor Jewish victims of the Holocaust. Ironically, one of the same chemicals used in the gas chambers was used on the more than 2,700 columns to prevent graffiti on the memorial. 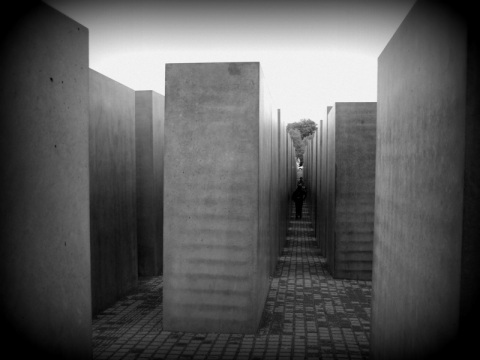