Shortly after my seven-month anniversary as an expat in Chiang Mai, I hit a wall. Actually, I don’t really hit a wall, the walls start to close in around me.

Dramatic as I am, I even wrote that in a Facebook message to my friend one night.

“I need to get out of here,” I cry virtually via instant message. “I just need a break.”

Don’t get me wrong. I love Chiang Mai. I love my life here.

There are plenty of struggles being an expat. And then, there is my work. My work for Save Elephant Foundation is my life, but it also exposes to me to harsh realities, namely the disgusting abuse of animals that takes place here and around the world, and the often times very hard-headed people who refuse to change their views. The constant battle can be exhausting and emotionally draining. 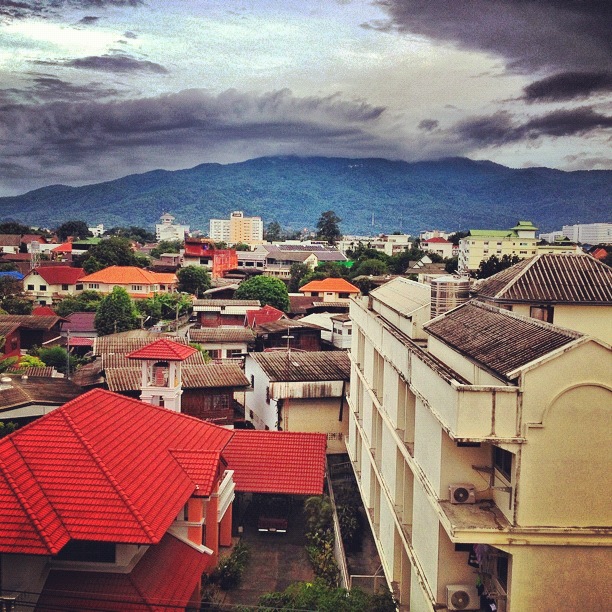 After a particularly discouraging night, I throw my hands in the air. Well, virtually anyway. In said Facebook chat.

I toy with the idea of heading to Bangkok for some R & R.

I don’t like Bangkok. I think it is hot. Humid. Far too crowded for me. I prefer the chilled out Chiang Mai to the hustle and bustle of the big city. But, I don’t want to leave work for too long, and quite a few of the most important people in my life are actually in BKK at the moment. So, I book a cheap Air Asia flight and head down south.

Before I leave for my flight, I sit with Paula down at our local hang out, lamenting how I need a change. (I know, I have no idea how my friends even want to be around my whiny ass at this point).

“Maybe I should book a hair appointment,” I say. After all, whenever I used to feel bad or in need of control, I’d just head to Tonic Salon in Vegas and have them work their Super Model Magic on my tresses.

“You should,” she says over a cup of coffee. “Go and get some highlights and feel better!”

So, I book an appointment.

Then, I’m off to the airport.

As the plane taxis down the runway and takes off into the thick smoke, thanks to burning season, for the first time in a long time I feel relief.

Relief to be getting out of Chiang Mai. Relief to be able to take a couple of days for myself. Relief that I will gain some much-needed perspective on issues which are beyond my control, and yet slowly chip away at me.

From our crusing altitude, a huge smile sweeps across my face and I lean back in the tiny leather seat and feel good.

Even if Bangkok isn’t my thing.