The day I arrive to Chiang Mai, I am greeted with beautiful news:

Instantly, I feel my heart flutter at the idea of meeting a baby elephant and spending time with him, getting to know him.

The first time I head back to the elephants, I stand outside his large pen as he lays there, in desperate need of his mother’s milk. A few volunteers stand and sit around him, his tiny body laying nearly still on the dirt. They fan him, keeping the bugs away so they do not penetrate his very weak immune system.

His mother has rejected the little boy, trying to kill him once he was born. Immediately, he was removed from her side and taken to the park so he could have a chance at life.

But, his life is in jeopardy. Mom is nearly half-a-day away, and even though she is en route with the goal of getting milk from her, his chances are slim.

I stand at a distance, looking at the tiny boy, with his little pink mouth open, sleeping.

A few days later, I return to the park. This time, I am allowed in to pen to see him.

Lek is with him, legs intertwined with his, singing Que Sera Sera to him. When a truck whirs by, he stirs and Lek leans over his body, covering his gray ears. I stand, fingers gripping the chain link fence, in silence. 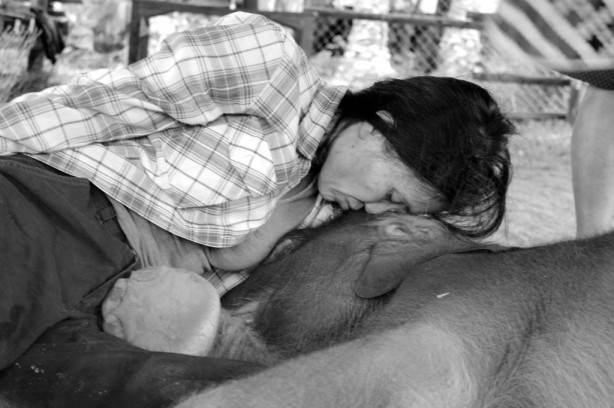 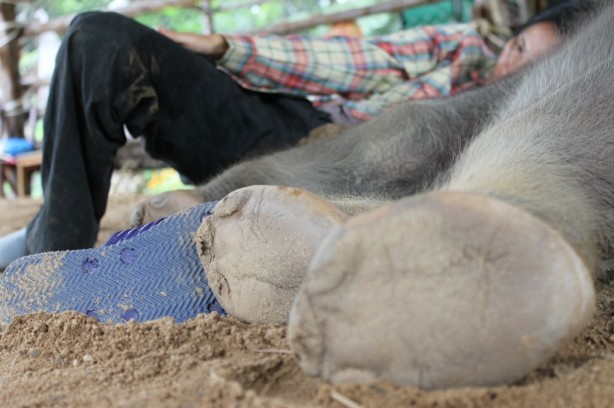 Eventually, he teeters to his feet, tottering around in search of his milk bottle as he waves his short trunk awkwardly through the air. 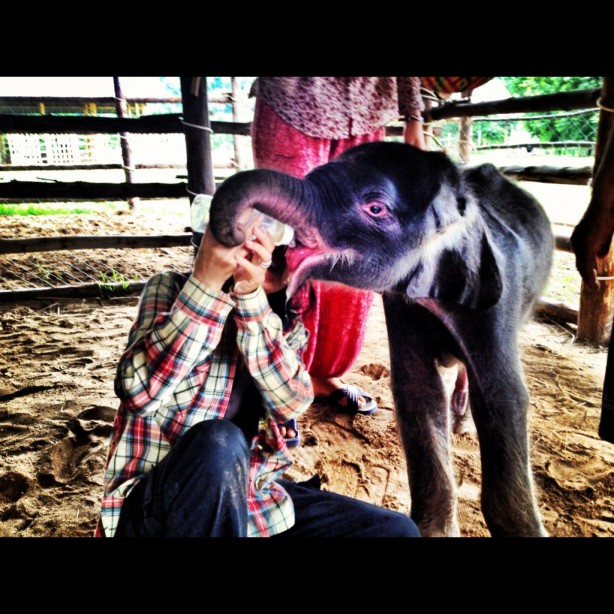 Of course, I fight back tears as I watch this nearly helpless creature as he fumbles towards food.

He’s just so little. So at our mercy. 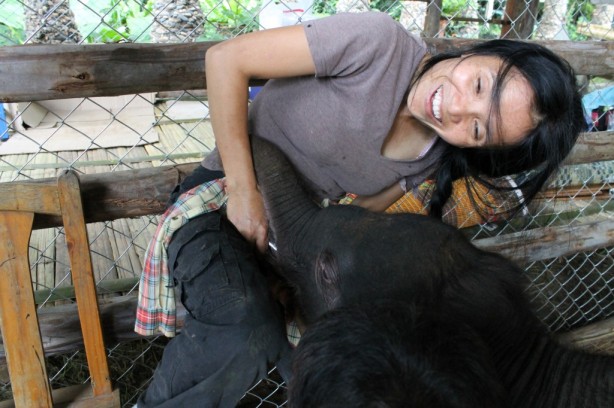 When I return a week later to the park, concern stretches deep over Lek’s face.

“He won’t eat and he has diarrhea,” she says softly from the wooden bench overlooking the vast land where the rest of her elephants roam freely. Lek just looks exhausted. She breathes heavy and sighs. “I am so worried he won’t make it.”

I try not to let that thought cross my mind.

There’s no way the team here will let the little guy slip away from us.

Only two weeks after he arrives at the park, five months premature, the baby, who takes on the name Rajah Gajah, slips into a coma and passes away. It is no one’s fault. He had round-the-clock care from vets, volunteers, staff, and Lek. He just wasn’t meant to be in this world. And, while the loss is heart-breaking, it reassures me to know that while he was on this earth, he was loved more than most animals could dream.

12 thoughts on “In memory of Rajah Gajah”