The palatial Hotel Adlon, originally built in the early 1900s, was resurrected in the heart of Berlin following WWII (the main portion of the building was damaged in a fire caused by a Soviet soldier during the war).

In history, it is known as one of the most famous hotels in Europe between the two World Wars. It’s welcomed politicians, celebs, and has even been used as a set for movies. However, you may know it for something entirely different …

That balcony? It’s where Michael Jackson dangled his baby son, Blanket, in November 2002. 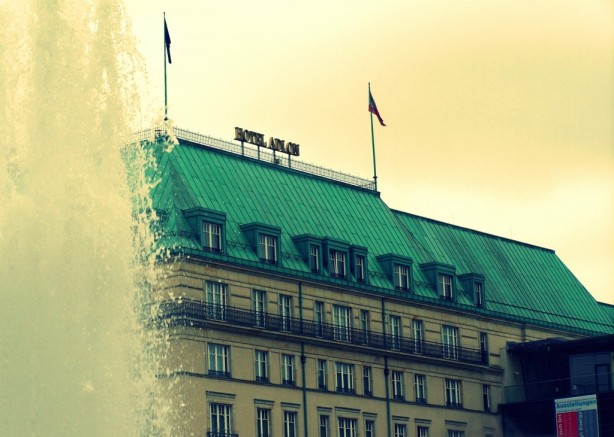