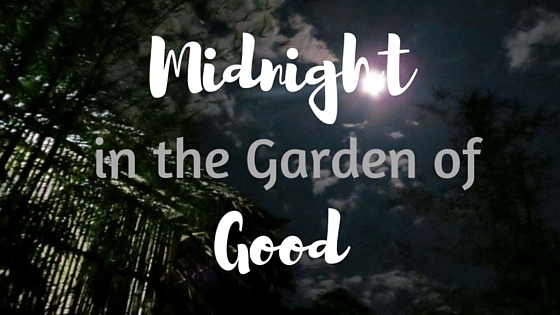 There’s a cacophony of crickets, frogs and dogs barking that wake me before my friend, Jodi, does.

Laying on the bamboo floor in her hut constructed of the same at Elephant Nature Park, I am still. Present in the total darkness as the world softly whispers outside the slats in her walls.

Her soft footfalls come from the bedroom and into the main room where I am splayed out, tucked under some thick blanket a top a Thai mat typical of what people sleep on.

She approaches me, and in a hushed voice so as not to wake her son in the other room, or the two dogs and cat somewhere nearby, she asks if I’m awake.

“Yeah,” I whisper back, slowly peeling back the blanket from my body and standing up. The floor creaks softly the way woven bamboo does when walked upon. It’s a sound I haven’t heard for months. Since I left the park in December 2014 to start one of many new chapters in my life.

My eyes not adjusted to the dark, I step blindly, hoping I don’t tumble down the wooden stairs leading into the underbelly of her hut, or kick her rooster who tends to hover nearby.

One foot in front of the other, I walk unsure, trying to keep up with her pace; one which is knowing, assured, excited for what’s she is about to show me.

We leave her front yard, walk across the wooden bridge, and then we’re in the midst of the park where more than 60 elephants sleep.

The moon hovers above, slightly veiled by clouds which also cover the Milky Way which I know exists beyond them.

“He’s right there,” she says. By now my eyes have adjusted to the blackness of the night and I can see the massive concrete poles erected as a fence for the compound housing Jungle Boy and Chang Yim.

I can barely make out a shape in the field in front of us. But, I can hear him.

Jungle Boy, under the light of day, is a gorgeous teenage bull with magnificent tusks. In the years I worked at the park, I’d often stand at a distance from him, simply observing how grand he was.

Because teenage boys are dangerous, and to halt any more babies being born at the park, two large areas were constructed to house the three older bulls at ENP. One built for Hope, one of Lek’s first rescues, and the other for Jungle Boy and the young and naughty Chang Yim.

We stand there, listening. The silence between his breaths seeping into my bones.

I’ve missed this so much.

In the nine months since I’ve been gone, it feels as though I’ve lived another lifetime. I’ve become engrained back in a western world, and it’s … weird.

I’ve gone from Chiang Mai to London to Madrid. And now, here I am. Back in Chiang Mai. And, even deeper, back at Elephant Nature Park where this journey began nearly four years ago to the day.

I stand with my friend who had been at my side and a major support pillar in my Chiang Mai life, and I’ve crossed oceans since we last stood together.

The weight of my journey, the changes in my life, are heavy on me in the middle of the October evening.

“Isn’t this beautiful?” Jodi asks as we stand there.

I can feel the tears well in my eyes. Happiness. Sadness. Relief. Peace.

Sucking the air through my teeth, I say quietly, “yes.” And then, we return to her hut. I crawl back into my makeshift bed.

Around me, the cacophony continues and then, a few hours later, the rooster who has perched outside her door, joins in.

I lay in bed most of the night, awake but not really. My mind whirs, spinning back into my past life here. The memories floating behind my eyes like a movie.

Did I really live this life? Was I really here? Was all of this a part of my imagination? 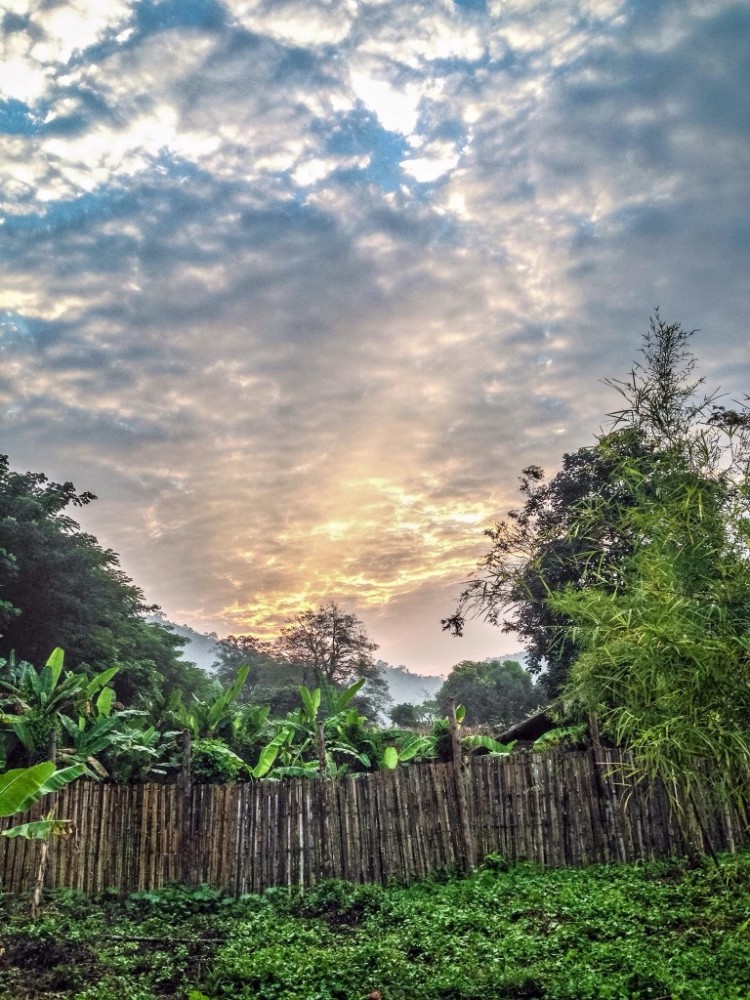 When the sun rises in the morning, casting a glowing golden light across the banana trees, I stand outside. Jungle Boy is awake, standing up, tall and proud.

I look towards him and then at the park as the world begins to stir.

Yes. This was my life. And, it’s a beautiful thing being back.

Note: if you are looking for elephant art, check out the photography and artwork by Jodi. Such. A. Talent.

6 thoughts on “Midnight in the Garden of Good”