I’ve been to Israel three times now — twice in the span of one year. Other than getting asked if it is safe to travel there (yes, it is and a blog post is coming), I get asked about the interrogation process entering and leaving the country. 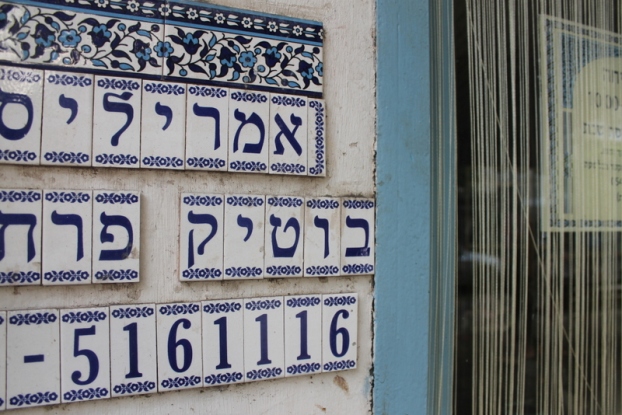 If you’re planning a trip to Israel, there are a few things to keep in mind upon before arrival and departures:

I know it’s easy to get into the two-hour-is-enough to check-in to an international flight mode. Hell, living in Chiang Mai and going in and out of a tiny airport makes it easy to arrive just before the gate closes and not even break a sweat. However, this is not the case for travelers to Israel.

If traveling to Israel — no matter from where — arrive three hours early. And, when departing from Israel, do the same. Seriously.

There is an interrogation process which entails an entrance and an exit interview from Israeli immigration. On my last departure from Prague to Tel Aviv, it took me an hour to be interviewed. First, they ran my passport, then I was interviewed for about 20 minutes by an official in training, and then I was re-questioned by an official official, then my bags were swiped for explosives and then, finally, finally, I was able to check in to my flight and check my bag.

At the end of the interview, I even joked with the girl who questioned me and told her she knew more about me than some of my best friends. Fortunately, she laughed. And apologized for the process taking so long. But, I understand and when arriving to or leaving Israel, it is par for the course. Being happy and polite certainly helps the process move along smoothly.

Always prepare for lengthy questioning, and perhaps a lengthy wait to get to the lengthy questioning. It’s just the way it goes getting in and out of Israel. But, I promise, once you arrive to the country, it is so worth it. So. Worth. It.

As I am Jewish and an American, I likely may have a different experience in questioning than others. When I have gone through questioning, I am always asked for a detailed history of my life as a Jew (where I went to synogauge, if my parents are Jewish, if I had a bat mitzvah, if I speak Hebrew, if I am still practicing, where I go for high holidays if I live in Thailand and more). Then, because I have been to Israel before, I am asked why I went to Israel the times I went, if I know anyone there, where I am going while I am in the country, what I plan on doing. I am also asked about my job, where I currently live, why I have so many stamps in my passport and travel so much, and random questions to ensure I am telling the truth, even if they catch me off guard.

While this questioning is intense, it is also a reality of traveling to Israel.

Always be honest. Always be forthcoming. And always be polite. These people are doing their jobs and protecting everyone, they aren’t there just for fun.

This goes without saying, but expect a longer time to clear security than normal, too. Particularly at Ben Gurion in Tel Aviv. The less you have to take off and unpack, the quicker the line will move. The last time I exited the country, there were four men in front of me who likely had never traveled before. One went through the metal detector, leaving his bag with his friend, which of course, was cause for alarm. One had a pocket knife in his pocket. Another had a huge two litter of Coke in his carry-on which he promptly attempted to chug as he was hustled to screening.

Less is more in this case, and the less you pack through security screening, the quicker you (and everyone behind you) will move.

So, that means laptops, chords, cameras, Kindles, iPads, tablets, etc. all come out of that carry-on to be X-rayed. All jewelry comes off. And, once the bag goes through screening, expect an official to stand with you and open the bag, swipe all of its contents for explosive materials and then, if all good, let you proceed to your gate.

This process isn’t meant to deter you from entering and exiting the country, it happens because Israelis take security and the safety of its residents and visitors very seriously. In fact, I have never felt safer in a country than Israel.

Do you have any questions about arriving and departing Israel?

14 thoughts on “Airport security and Israel”