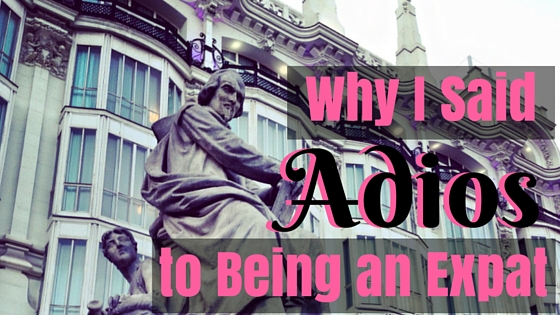 “You made me promise you two things,” Kyla begins as we sit in her car after my 24-hour trip from Madrid to Las Vegas. One of my closest friends in the world for almost a decade, she’s always been the one I ask to remind of previous statements I have made about life.

“Yeah …” I breathe, knowing at least one of the things about to come out of her mouth.

“One was to never let you cut your hair short again.”

“And the second was to never let you move back to Las Vegas.”

I’ve actually made her promise to remind me of that statement two times. The first time was when I was leaving Vegas after three years and heading to Atlanta to start anew; the second was when I was moving to Thailand to become an expat.”

“D,” she says, heavily, “You were miserable here.”

“Yeah, I was,” I respond, emphasizing the was. “But, over the past three years, I’ve grown so much. More than I could ever imagine. And, the truth is, I want to come home.”

For months, I’ve had an internal struggle about my definition of home. As an expat, I’ve never truly felt home in the places I have lived. Granted, Chiang Mai was comforting and amazing, there was always an air of anticipation, of knowing that my visa was not a residency, and that at any moment, it could be taken away or not renewed.

In Madrid, things were far worse. I’ve never felt like such a stranger in a foreign land as I felt in Madrid.

After leaving London, I was sad. Depressed, to put it more accurately. For two months, I lived outside of the city center in Madrid and had two friends: my roommate and a woman I was introduced to from a mutual friend.

Days would go by where I’d barely get out of bed, let alone leave the house.

I thought it would get better when I moved downtown.

After returning to Spain with my student visa, I expected my world to open up. To have friends. To have a life. Roots. Some semblance of expat stability (although, after almost four years as an expat, I don’t really believe it exists).

Days would go by where I was alone. And, for awhile, I sunk.

So hard. So deep.

At night, with a bottle of wine perched next to my laptop as I searched for words to describe my life, that feeling of being trapped would bubble. Boil. Resulting in near panic attacks as the reality of my situation began to sink in:

I’m an expat in Spain. I’ve paid for this visa. I’m living a dream. And yet, I feel terrible. Alone. The most alone I have ever felt, despite the fact that there is this magnificent city and culture outside my front door.

Making the Most of It 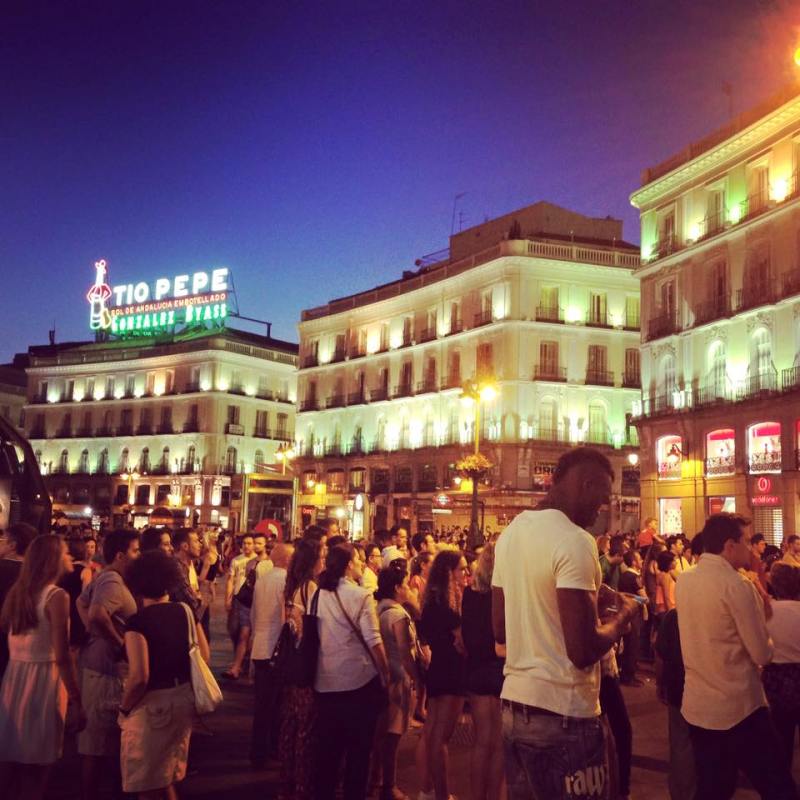 But, I fought those fears. I began to work with my therapist from Las Vegas and have weekly Skype dates with her as we worked through things.

“You need to learn to be in the moment,” she’d remind me.

I’d get assignments from her: “Go out and meet someone new. Be friendly. Go on a date.”

And for each assignment, I’d oblige. Grudgingly, but still.

I even enrolled in Spanish class with the hopes of meeting people. While I did meet some lovely people, none of them ever turned into friends or a social circle, like I hoped.

My reality was I had three friends in Madrid, and more and more, I was choosing to isolate myself from those individuals because the pain of being alone was so crippling. For me, it was easier to have a self-imposed isolation than hoping I’d make plans with people and get out of the house.

I started to become obsessed with working out. With not drinking. With eating clean. These were all good things for me, but they also made it easier for me to sit at home on a Friday night and not go out. Even though I knew damn well I could go out and have fun without booze.

I even started a digital nomads group in the city, although it was hard to rally people to meet.

I could have done more, but in reality, it was all I could muster.

“Don’t give up,” my close friend, Will, would remind me regularly. “Go out. Meet people. Come out with me.”

Should I Stay … Or Should I Go?

“Move home,” my best friend would message me via our various communication methods. “Just come home.”

I’d argue against relinquishing my expat status. For years, I was adamant I’d never return to the States. That the culture in the US wasn’t in line with the life I wanted to live. That the cost of living was too pricey. That I valued being an expat and abroad more than I valued having some semblance of stability.

I didn’t want to give that up.

Instead, I met with an immigration lawyer who went over my options for a new visa once my student visa expired. They were all reasonable options, but all cost more money than I wanted to spend, and all required another trip back to the States for a month, a jaunt to the embassy in New York, and fees.

Maybe I will do this. Or, maybe I won’t.

I clung to the idea of staying, knowing that a little part of me didn’t want to admit defeat (although I don’t consider it defeat when I am bettering myself). But, also knowing that I had a lot to consider.

I took a weekend off of social media to be in the moment, and to address my issues with being an expat. That weekend was actually the most fun I’d had in Madrid. I was surrounded by wonderful people. I had some semblance of a social life.

Then, I got my nose pierced. It was random, and something I had wanted to do for years. It sounds odd, but doing that actually freed me.

It was a challenge and something I wanted so very badly. I was willing to make myself uncomfortable. To almost have a panic attack. But, I did it.

Piercing my nose made me look at my life here. Was I willing to rise to the challenge? Did I want to continue to go through the uncomfortable (and I’m not talking comfort zone stuff, I’m talking seriously lonely, which can be damning).

The End of Expat Life

The reality was, I was tired. Tired of fighting for visas. Tired of being a stranger in a foreign country. Tired of trying to make new friends who may or may not stick around. I was tired of having an apartment where I couldn’t actually buy things to make it a home, because I had no idea if the investment was worth it.

I don’t even think tired is the right word. I was exhausted.

After nearly four years of being an expat, the one thing I kept craving was a place where I could hang photos. Where I could feel home. Where I didn’t feel like everything — in something as simple as taking my cat to the vet — was a struggle or a challenge.

The day after I pierced my nose, I got on a Skype call with my family.

“So, I was thinking … of moving back to the States.”

I didn’t even expect to say it, the words just popped out of my mouth.

But, as soon as I did, those words released me. They released me from feeling trapped. From feeling anything but love for Madrid. The weight of years of being an expat fell off of me in that moment.

“Where are you thinking?” My parents asked.

And so, six weeks after that call, I’m in Vegas. Posting this.

Originally, I had planned on moving back to the States after my lease was up, and taking the TEFL course I paid for in Madrid. But, circumstances changed. While I was home after Thanksgiving, I was thrown full throttle into preparing for an international move within the time span of 18 days.

“You’ve always had the power, my dear. You just had to learn it for yourself.” (Wizard of Oz)

Kyla helped me find a gorgeous flat. My parents sat through tears as I grew overwhelmed with United’s crappy customer service. They reminded me of questions I needed to ask my new apartment complex, United about flying the kitties over, the movers.

Within two days, I managed to get a lease, have movers come, and book a shitload of flights so my cats could fly in-cabin with me (thank you, Mom, for making the ridiculous trek from Philly to Madrid to Newark to Las Vegas and back to Baltimore).

Now, here I am. Back in the desert I swore I’d never return to.

Is it the right decision? Yes.

“You’re giving up the Spanish dream,” Will would joke with me in the days leading up to my departure.

If there’s anything I’ve garnered over the past few months, particularly in talking with other travelers, is that it’s time to settle down a bit. It’s time to plant roots. It’s time to have friends who aren’t transient. It’s time to be back in my country and have regular tasks not be so difficult. It’s time to make more money and focus on writing versus being so deep in a hole I can’t get out.

But, more than anything, it’s time for me. Of course, there are new things to deal with, like reverse culture shock, and getting clients, but I couldn’t be happier about my decision.

I still plan on traveling, but Las Vegas makes a pretty decent home base. In fact, I’m leading an ethical (and awesome) tour through Thailand this August!

Sure, I made Kyla promise not to let me move back. But, she’s also the one who helped facilitate my move.

I would never take back the past few years as an expat. And I would recommend being an expat to those who would consider it a viable option. But, I’d also recommend coming home.

There is a comfort and a peace only home can provide.

Do I feel like a failure for not sticking it out?

Not the slightest bit. I feel — I know — I’m giving myself an opportunity to experience life back in the States from an entirely different, refreshed, and more mature perspective. I can’t wait to start. 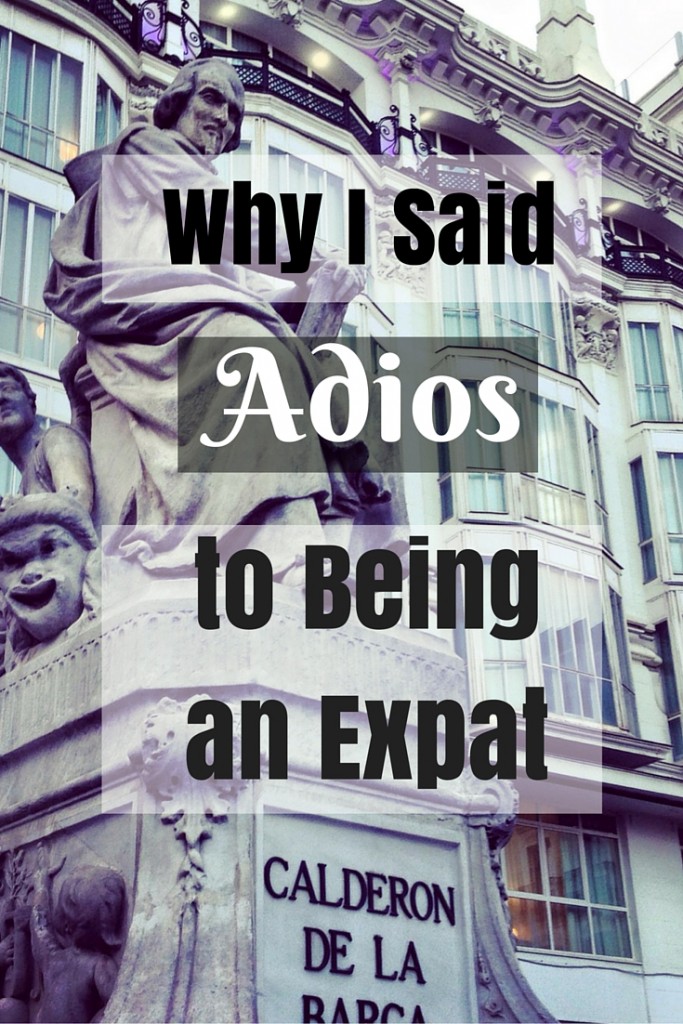