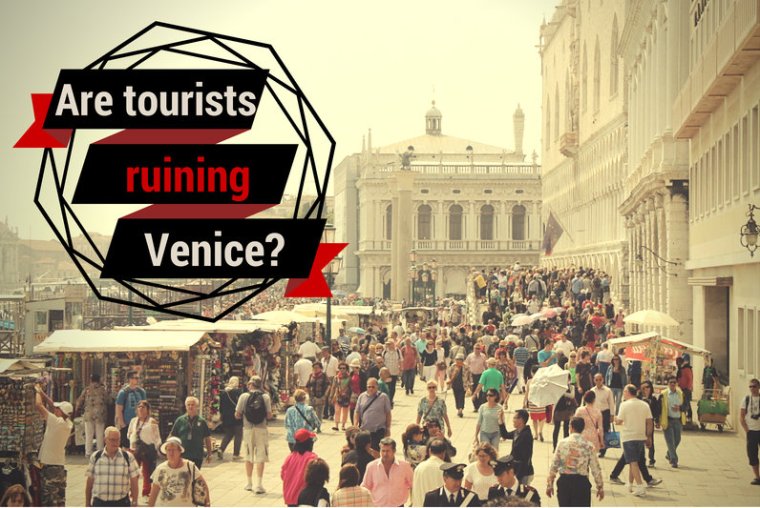 In front of me, a sea of people spans in all directions, even as the gray clouds above us threaten to burst.

Deep in the heart of San Marco Square, and what I deem the heart of the touristic center of the main island which makes up the step-back-in-time Venice, the tourists are unavoidable. In fact, here they are more in my face than any other place I have visited (and I am counting the mass of people gaping at Mona Lisa at the Louvre). It is shoulder-to-shoulder packed and puts me into the throes of those tense, pre-anxiety attack moments where all I want to do is throw elbows and make my way from where my packed water taxi has deposited myself along with the other throngs of tourists, through the massive square, and down into the veins of the town where my hotel is.

Instead, I dodge. I duck from my eyes being poked out by umbrellas which are already open, despite the fact that said clouds have yet to open up onto us. It’s nearly impossible to wheel my luggage and my mom and I struggle to keep everything in check as we are poked, prodded, elbowed, shoved and tripped as we make our way past historic sites like St. Mark’s Basillica and Doge’s Palace, eventually arriving to our hotel for two nights.

What’s my problem with Venice? 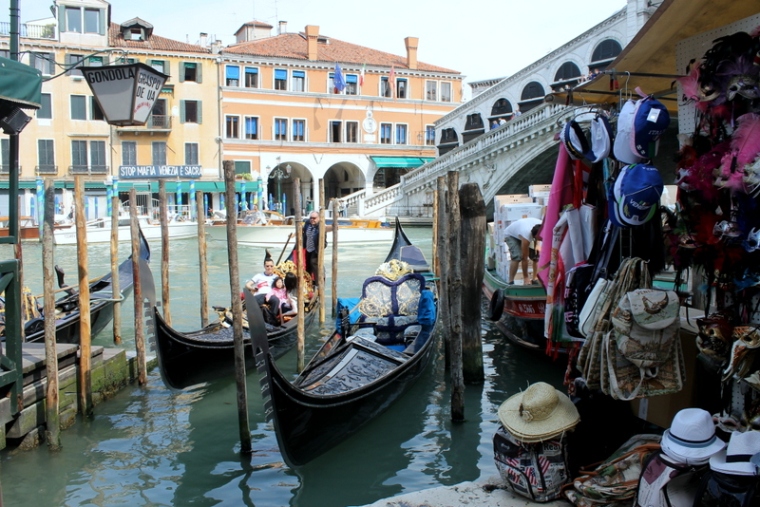 Venice itself is magnificent. Just being on the water taxi and looking out at the colorful buildings bellying up to the water, the weathered doors, the history and stories that whisper in the air are enough to lose myself into a world I desperately wish I could have experienced.

But, beauty and culture only do so much. Then, there are the tourists and the tourist industry of Venice, which I believe are ruining the charm and history of UNECSO World Heritage Site.

The main San Marco region and surrounding areas see more than 21.9 million a year (according to Deutsche Welle). In 2013, a report from the Study Center of Census Experts showed that for each Venetian historic center – minus the islands – is “in charge” of roughly 354 tourists per day, 247 being day visitors. To put it in perspective, Verona averages a paltry six visitors per resident.

And while I aim to be considerate and responsible when I travel, it is evident that most don’t have that on the top of their agenda. Just looking around the tightly packed San Marco Square, it become clear the most important thing to most visiting this Italian jewel are their own experiences. There is little (if any)thought to preserving a place, a way of life or a culture. Instead, tourists dump their coffee cups, their half-eaten foccacia, their oil-soaked plates that used to hold slices of pizza. They stop in the middle of the narrow thoroughfares, in front of workers hauling goods via carts to their shops, to take photos. They disregard rules (like not touching historic artifacts or using flash photography) because it doesn’t matter.

Beautiful Venice, trashed and overcrowded. A history being thrown away because there is a demand.

The tourist-centric heart of the town, which includes the magnificent Doge’s Palace and St. Mark’s Basilica, is overrun, being slowly destroyed by the same people who are throwing down their money to experience these historic places.

When the rain comes, it sends the crowds ducking under awnings, inside tiny restaurants and thankfully, out of the square so I can simply breathe and appreciate what I am looking at: historic architecture and places, without worrying about getting an elbow to my side or worse.

Under the darkness, with a still slick square reflecting in the moonlight and golden lights from the buildings, the city seems magical. Tourists have gone to bed, and it is just my mom and I, breathing in the fresh (and slightly chilly) night air, having our silent and peaceful moments to let the mood of the town, the history of the town and the sheer beauty of it just seep into our skin and souls.

The Venice Times recently ran a story regarding mass tourism and its impact on the city, and what measures need to be taken to stop the destruction of it.

” … Venice is an open-air museum and the city is dying,” said Ilaria Borletti Buitoni, the former president of the Fai, an Italian Environment Fund. “The mass of tourists in the city is expect to increase to unbearable amount in the coming years.”

It’s easy to see why: more than 650 cruise ships come to port here and every single guidebook, article and beyond include Venice as one of the must-see places in the world. Crowded waterways are ruining the foundation of buildings; cruise ships and the massive amounts of water they displace are sending huge surges down small canals; culture and craftsmanship are being lost because money can be made; residents are being chased out of their homes and hotels are taking over; locals no longer have a city to call their own because the tourists have claimed ownership, outbidding Venetian’s in their own homes.

Attractions like San Marco Square show the ugly side of tourism. The side of tourism which makes me swear under my breath (and aloud) at how much I despise people at times, how over-crowded the town is (and it isn’t even high season yet) and how ignorant and disrespectful tourists can be. It is where touts harass, tourists collide and litter abounds.

The tourists, which are the bread and butter for Venice, in my opinion, are exactly what is ruining this city. At least the touristic center of it. Some refer to Venice as a living and breathing museum? Yes. But, if it isn’t being preserved, how long can it be considered as such?

On our full day in Venice, we skip the annoyingly packed square, passing and getting stuck behind people, as we make our way out of the heart of town and towards the ghetto.

Just outside of the massive crowds exiting and entering the train station, we were able to explore deserted streets, smile at locals, sit and grab a coffee without being hustled out for the next customer. We were able to learn. To breathe in the tranquility, the timelessness, the spirit of the city. It’s the Venice which has been lost and one I can only hope can be found again one day. For now, that little slice of the city is what makes it special; not the packed areas which have become mass marketing ventures and cheap money grabs while compromising quality and the history of this special part of the world.

What do you think can be done to help save Venice?